Actually you do not talk about it, but this time we make an exception.
People who know us well will know that we share almost everything together, we love to work together and the two of us can spend days together without having to see anyone else.
Apparently its the same during this trip, but appearances are deceiving. Actually from Valkenswaard on we travel with the three of us. From time to time our companion surprises us with sensual allusions and she describes her desires.
Sometimes we ask her to be quiet for a while, but honestly we both think it is just nice when she opens her mouth again. And while doing so she gives us even goosebumps.
Seldom have we seen so much musicality, agitation, depth, profoundness, tragedy, self-awareness, denial, drama, crap, quality and feeling in one person. We like Amy Winehouse. 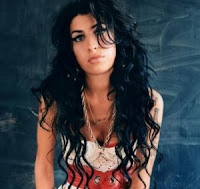 Given her lifestyle is not certain that there are many albums to follow, so we cherish and enjoy what is available as long as it can, you can't always listen to Pink Floyd. ;-) 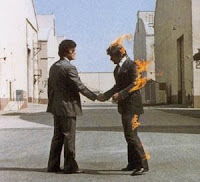 Moreover, starting next Friday, there will be more people in our small house.
We already knew that S's brother and his wife would come from Istanbul to Cyprus because of the elections on April 18. They stay with us for a week. But, son Tim is also coming for a week! Friday we pick him up from the airport and 9 days later he will fly back. The week program is still open but we do anticipate his arrival when we shop for groceries.

Posted by Periscope at 23:32 No comments:

The world here seems to be smaller and more manageable. Yet I do manage sometimes to drive into an unexpected dead end street. Of course one day I've learned to turn in three times, but unfortunately the streets here, or rather lanes, are narrower than  foreseen in the driving training of the CBR (Dutch organisation responsible for the isuue of driving licences). So drive until you reach a side road, or a parking spot, or just a narrow strip along the road without cliffs or rocks. Yes, living in a mountain country is different!

Last Thursday was a beautiful day. Early on, the warmth of the sun, which made the humidity of the night disappear quickly and one could enjoy the every day beautiful views. Sometimes the air is so humid that the horizon over the sea is barely visible. Sea and sky than merge completely. But not that morning. Blue skies and an unobstructed view, in short, a good day for another ride up the mountain. Of course it is not The Alpes here, but still, but for a Dutchman, very impressive pimples.

S wanted to work on the website, for M pulled the 'adventure'.

Where the asphalt ends, the fun begins. Deep tracks, worn out by the streams after abundant rainfall in recent weeks, making each simple dirt track a challenge. The higher you go the more narrow the road and the less likely that its cleared after that last downpour; each time there are stones, mud and rocks loosened from the mountainsides. Quietly manoeuvring you quickly leave the villas behind you and the views are getting better, you see more and more flowers, smell the wild thyme and hear the bees over the sound of the diesel.

Than, high on the mountain, between the trees and partly overgrown with bushes a chapel. There are many chapels in Cyprus. Generally of Greek Orthodox origin, of before 1974. Many have been restored, but most have half or completely collapsed and they are often used as a shelter for the night by shepherds and wanderers. All valuables, including mosaics and even murals have disappeared.
My attention was drawn by the broken crosses in the cemetery.

Not only the crosses, but also the graves were destroyed.
You do not have to be faithful to have a hard time about desecration.

As I am told there are organized groups from both North and South Cyprus, which are paid for, commissioned, to steal the valuables from each others (religious) inheritances.

Naturally, the local 'hooligans' are blamed.

It made me silent.

The way down was less exciting, but, once back in Lapta, the logic of infrastructure on site (a maze of streets running up and down) played a key role in finding the dead end street. 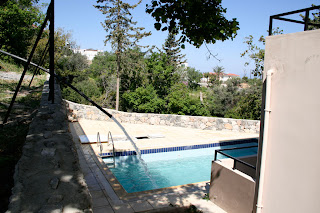 Of course I had seen that tanker before. On the way back I saw him again. Now it was parked in the middle of the road while a black hose spewed an enormous stream of water in the pool of the apartments along the road.

The driver made an apologetic gesture.
There was no other choice than to wait until the man had done his work and would continue to drive.

With words, hands and feet, he told me to get out because it would take approximately 10 minutes. I speak only a little Turkish, but do understand it a bit and we were able to fill those ten minutes chatting. 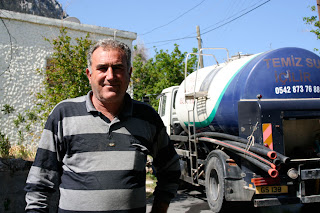 Now I know that an average pool needs 5 tankers of water. Each freight costs 100 lira and Mustafa (as he is called) fills two swimming pools a day. The drive in and out, filling the tanker and emptying it takes almost an hour.
He also has a 4x4 car, a Nissan, and we compared cylinders, fuel and profile depths. So it was fun and I was invited to his home for coffee. No, not next week or on occasion, but right now: “Follow me".

And some time later, there you are, after you threw yourself with blood curdling speed down the mountain behind that truck, with a nice cup of coffee in a courtyard behind Mustafa's house, on a sunny Thursday morning in Lapta.
I made a new friend.
Posted by Periscope at 00:02 No comments: